The Club's production of 'Yes, Prime Minister', performed at the Memorial Hall, Brentwood School in Spring 2019, was nominated alongside ‘Drinking Habits’ from the Blackmore Players and ‘Baggage’ from the Theatre at Baddow. The Gala Awards ceremony was held on 8 March 2020 in Stevenage and attended by a few members of the club.

Congratulations to the cast and crew of 'Yes, Prime Minister'!

You can read the Noda report on the Marlborough production here.

Some photos of the show are here.

Some pictures of the technical setup are here. 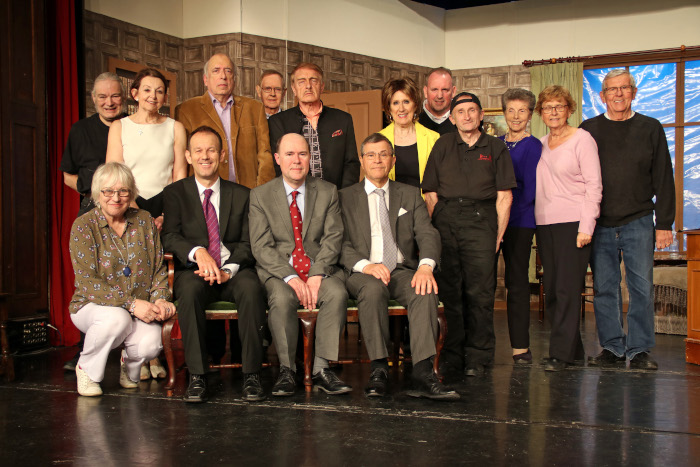 Click the title above to open the required newsletter.

These are pdf files, many browsers (e.g. Chrome, Edge) already have a built in pdf reader so they should just open for reading in another window.
If you have a Windows/ Mac/ Android device you can download a free Adobe Reader (click here). Linux devices have a built in document viewer, but the Google Chrome browser gives the best results.

Alternatively if you wish you can download the document and save on your device, just right click on the link above, then select "Save Link as .." and you will copy the pdf file to your device.

The Newsletters are produced by Juliette Bird (contact details on Newsletter), or email any news to This email address is being protected from spambots. You need JavaScript enabled to view it.